The first self-service library was opened in Prague and a several-year RFID implementation project was completed – and we were there. 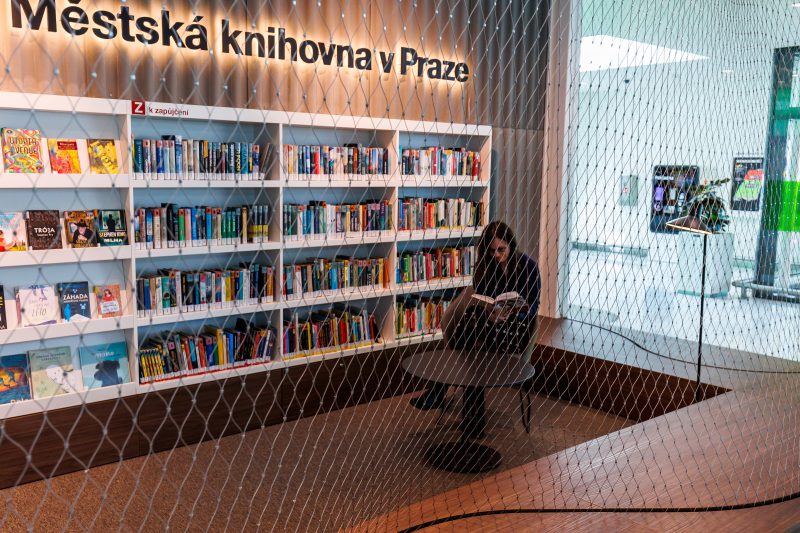 The first self-service library was opened in Prague and a several-year RFID implementation project was completed – and we were there.

Our company recently had the honor of becoming a supplier of RFID equipment for a completely unique project. The Municipal Library in Prague has decided to implement a unique and pioneering solution for a completely self-service library. The librarian is present here only once a week – no more is needed: lending services and the security of the library collection are ensured by means of devices with RFID technology, which enable completely self-service operation!

The Kiosk (as the branch of the Municipal Library in Prague was called) got its name according to its size – with its only 29 m2, it became one of the smallest branches of the MLP Prague. It is strategically located in the Černý Most Center, where people usually go shopping and culture. Readers can return books here, pick up bookings or even relax for a while and choose from a wide range of new publications. For the readers, borrowing and returning books is very simple and intuitive thanks to the use of RFID self-checking. If there is still a snag or the customer does not know the advice, online help is also available through video communication with the librarian.

The opening of the Kiosk thus became the icing on the cake, culminating a several-year large-scale project of introducing RFID technology into the Municipal Library in Prague, in which we actively participated from the beginning by supplying and installing many RFID devices – from labels, workstations, security gates and self-checks up to two large installations of return and sorting machines. Thus, readers not only received better lending services, but thanks to the extended opening hours of some branches, they can use their services longer, get closer to books and spend their free time more efficiently. We are glad that we were able to be part of such an important project.

There are no upcoming events.